AGA or Conventional oven? The pros and cons. 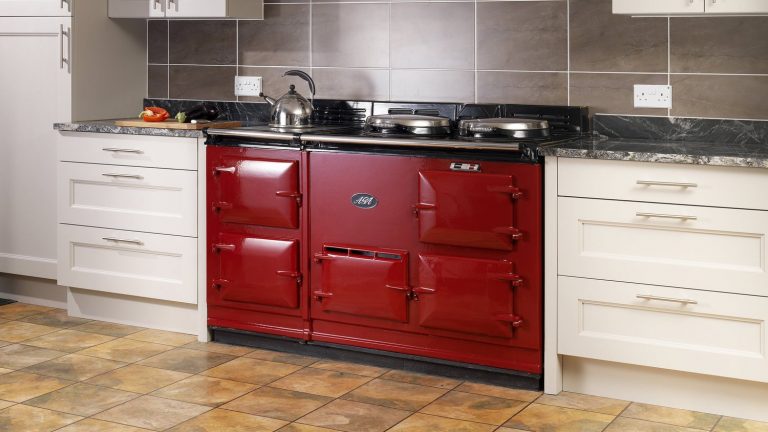 Choosing an oven can be tough decision – the AGA and the conventional oven both have their place.

Originally coal burning, the AGA was invented by the Nobel Prize-winning Swedish physicist Gustaf Dalén. After he was blinded in an explosion at work, he continued experimenting, trying to find an all-in-one cooker that would help his wife with the daily drudgery of traditional cooking and finally he came up with the AGA.

How an AGA works
The AGA functions as a constant heat source. The solid iron casting absorbs and retains heat and food is cooked via radiant heat rather than circulating hot air as in most conventional ovens. An AGA is a heat-storage stove as well as a cooker. The heavy cast-iron frame absorbs heat from a relatively low-intensity source. This heat is then transferred to the ovens and hotplates for baking, roasting and frying.
A traditional Aga has no temperature controls as it’s left on continuously. AGAs have two hotplates, a burner, a simmering oven, a roasting oven, a baking oven, and a warming oven. Some of the newer, large AGAs even have a slow-cooking oven.

The pros of owning an AGA

The cons of owning an AGA

The pros of owning a conventional oven

The cons of owning a conventional oven

If you are thinking of installing an Aga or indeed a conventional oven we can help you through the process and make sure you make the correct choice!

We use cookies to ensure that we give you the best experience on our website. If you continue to use this site we will assume that you are happy with it.